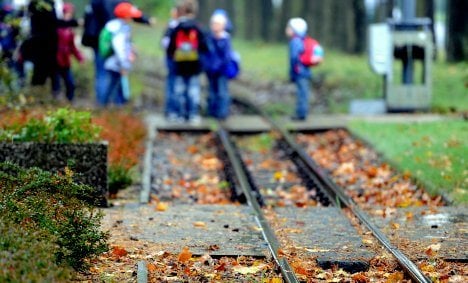 Two have already been convicted – one just this week – but the Berlin daily Der Tagesspiegel reported on Thursday that seven more men from the Wuhlheide park railway were being investigated on similar allegations.

The men identified only as Daniel P., 26, and Gunnar L., 37, were recently sentenced to two years and nine months on probation respectively, for abusing children since 2000.

Their interrogation led detectives to other suspects, the paper reported, although the public was not informed of the development. Martini Steltner, spokesman for the Berlin justice authorities said there was no need to do so. Those suspected were suspended and then told not to come back.

The miniature narrow-gauge railway is maintained and used by a group of approximately 180 children and adults – mostly men and boys.

Volunteers wear uniforms and are trained to carry out different tasks, with the possibility of promotion from lowly level-crossing attendant to station manager.

But Lutz-Stephan Mannkopt, managing director of leisure and recreation centre FEZ, which is next to the railway in Wuhlheide Park, criticized the hierarchical structure of the train community, which he said could make it easier for paedophiles to become active child abusers.

The park railway has been under considerable pressure since the abuse became public, and the city department for youth has said its annual funding of €15,000 would now be dependent on the development of a pedagogical concept and the hiring of an educational specialist, according to the paper’s report.

All adult volunteers are now being trained on “sexual self-determination,” and all children still involved in the project are being given prevention training. Heumann told Der Tagesspiegel that no children had left the railway, but some of the older volunteers had stopped taking part.