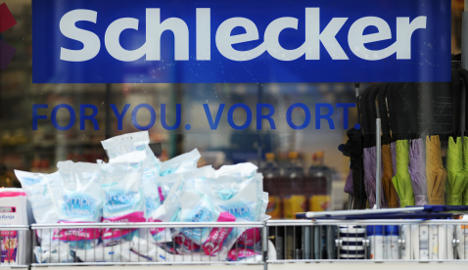 A member of a German language protection group wrote to Florian Baum, spokesman for the drugstore chain, complaining about the slogan, “For You, Vor Ort,” (Locally Here For You) which was used at stores across the country this spring.

The startlingly honest and arrogant reply he received has shot around certain segments of the internet thanks to Baum’s distancing himself from his employer’s customers and disdain for its advertising slogan.

In the letter, as posted on the Facebook page of the German Language World organisation, Baum wrote that he could personally understand the criticism of the new slogan, “because as a humanities scholar myself, I … view the efforts of the Association for the German Language with great sympathy.”

But he said in order to understand the position of the company, the writer should understand that the slogan should speak to the “average Schlecker customer, who has low- to middle-range education level.” He referred to them as the “other 95 percent” of German society.

He said the slogan’s “provocative pun in Denglisch sticks in the mind, and yet at the same time offers controversial conversation material.”

Since his letter became public, Baum has disappeared from view, according to Der Spiegel – and indeed, his phone was not being answered on Thursday morning.

In a blog entry, Schlecker claims it is happy that people are talking about it, and defends its slogan – as well as what it calls its most important target group – people with simple, to middle-ranking education levels. It describes them as the backbone of society, who make up more than 60 percent of the population.

There is no comment on the tone of Baum’s letter.