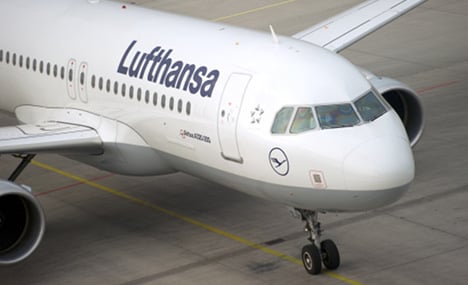 This is the third time in the last six days that a Lufthansa plane has had to make unscheduled landings due to strange odours or smoke on board.

On Wednesday evening the pilot of the Airbus A320 flying from Nice in southern France to Frankfurt decided to come in for a quick landing as a precaution, said Lufthansa spokesman Thomas Jachnow on Thursday. He declined to say it had been an emergency.

“We’re investigating where this smell came from,” he told The Local, saying none of the crew-members or 89 passengers had been hurt.

On Tuesday a Lufthansa jet flying from Yekaterinburg, Russia to Frankfurt had to make an emergency landing in Russia’s Urals after flight attendants found smoke spreading through a back galley. The cause was found to be a malfunctioning oven.

And last week, a Madrid-bound plane from Frankfurt made an unscheduled landing at Zurich airport in Switzerland following complaints of an unpleasant odour and breathing problems. Three crew members were later taken to the hospital for checks and an investigation discovered the smell came from a scorched piece of plastic in an oven.

Janchnow said Lufthansa has hundreds of planes flying each day and unusual incidents were unavoidable.

“Right now, we believe it is a coincidence that these occurred so close in time to each other,” he told The Local.

The airline has experienced fluctuating profits lately. It reported Thursday that although its total revenue had increased over the previous quarter, net profits were down 21 percent to €494 million in the third quarter this year.