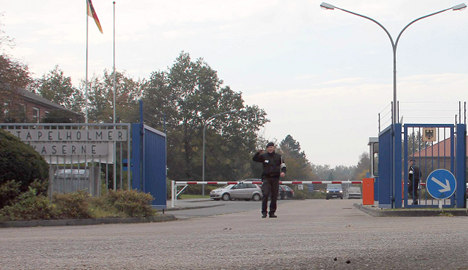 Some 10,000 soldiers will remain available on a permanent basis for action abroad.

Defence Minister Thomas de Maizière said 31 bases would be closed completely, including six with more than 1,000 personnel. A further 90 cases will face severe cuts, while 33 will have fewer than 15 soldiers or civilians, meaning they no longer qualify as bases. The former East Germany will be left with just five bases.

Just six of Germany’s 16 states will see no base closures, although every state will see at least some reduction in troop presence.

The most severely affected region will be the northern state of Schleswig-Holstein, where eight of the 31 bases will be closed, reducing the number of military personnel from 9.2 to 5.4 per 1,000 civilian inhabitants.

Some of the most spectacular closures will occur in Baden-Württemberg, where a tank base will lose nearly 2,000 jobs. And at the Fürstenfeldbruck air base in Bavaria, 800 airmen and 700 civilian personnel will see their jobs cut.

Florian Illing a spokesman for the city of Fürstenfeldbruck, a city of about 35,000 which relies heavily on the economic impact the airmen bring, said city leaders were very upset by the news.

“People here are very disappointed,” Illing told The Local. “The economic impact will be major.”

Announcing his plan, De Maizière insisted that the Bundeswehr could remain strong, but must function “under the terms of a consolidated federal budget and with fewer numbers.”

Wednesday’s decision is among the most important in a series of reforms, including eliminating conscription, which have been designed to try to save money and streamline the Bundeswehr, which has been criticized for inefficiency in the past.

A number of states and cities which are set to lose soldiers or bases are appealing for help to offset the economic blow the cuts will inflict.

As for the soldiers themselves, the Federal Employment Agency said it was mobilizing to help them find new work.