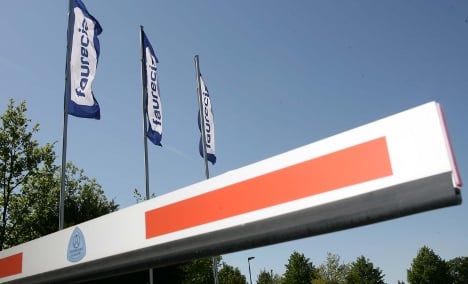 The Rheinpfalz regional paper reported on Tuesday that intelligence service sources say the man, named only as Andreas A., had worked for Faurecia, one of Germany’s top car part manufacturers which supplies major companies including Volkswagen, Renault, Toyota and Ford.

The paper said he is suspected of having passed on sensitive information from the company, which has its development centre in Hagenbach – where Andreas A. worked. He and his wife moved house at the end of 2010, and he changed jobs, starting at a second car parts firm where he is also suspected to have been involved in industrial espionage.

At the time the the couple was arrested, Andreas A. had been working at the Boetsch firm in Balingen, near Landau, a firm owned by the Schunk Group. The company confirmed on Tuesday that a computer he had been using there had been confiscated by the authorities, but said the federal prosecutors had not found evidence of spying.

Russian newspaper Iswestija reported a Russian intelligence agent saying the couple were long retired from the spy business and that they may have been used to transfer information, “like a kind of letter box.”

Andreas A., 45, and his 51-year-old wife Heidrun are thought to have been in Germany since at least 1990, having used fake passports to enter the country, and then setting themselves up as a family, even having a daughter who is now said to be 20 years old and studying medicine in Marburg.

They were arrested by a commando team last week – as Heidrun A. was listening to coded messages on a short-wave radio. They are suspected of working for the Russian secret service SWR – and having previously worked for the KGB – although they deny being involved in any espionage activity.