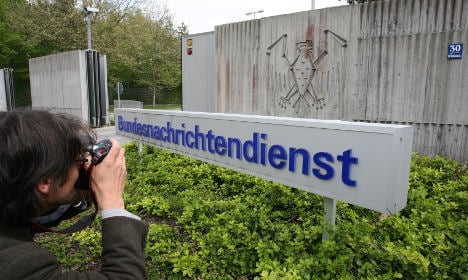 US intelligence agencies collected highly personal information on their allies, according to a report in weekly magazine Focus on Monday.

Staff at the Central Intelligence Agency were expected to keep tabs on communist East German spies during the Cold War, but US documents show they were doing the same to their supposed friends at West Germany’s Bundesnachrichtendienst (BND).

Office politics within the BND as well as details of personal factors such as alcoholism and infidelity were carefully noted, as well as health information such as which agents had suffered heart attacks, the magazine reported.

One file entry even records the wooden leg of an aristocratic West German agent.

Even after the fall of communism in 1989, the spying continued into the 1990s, with those BND agents with a Nazi past in particular attracting attention. Two former SS members were drafted into a sabotage unit of NATO, according to the papers.

The files also suggest the tapping of some telephone calls with the Federal Office for Protection of the Constitution (Verfassungsschutz), Germany’s domestic intelligence and security authority.

Conversations with other security services in Paris and London were also tapped, Focus reported.

The BND did not seem surprised by the idea of being spied upon by the CIA, with a former BND counterintelligence expert telling the magazine that he and his colleagues had often thought such operations were being undertaken.

When asked whether he thought the CIA was still spying on the BND, he replied using a suitably spooky phrase, saying, “The cat does not let the mouse free.”