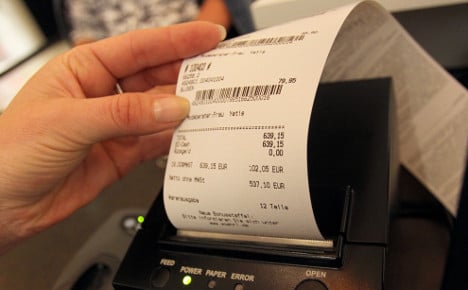 The monthly Ifo business climate index fell by one full point to 106.4 points in October, its lowest level in just over a year.

The decline may not have been quite as steep as expected – economists had been pencilling in a fractionally steeper drop to 106.3 or 106.2 points – but the data showed that the eurozone’s debt crisis is making companies perceptibly nervous about the future, analysts said.

While survey participants assessed their current business situation “predominantly as favourable, they do not regard it quite as positively as they did in September,” Sinn said.

Business expectations for the next six months “are noticeably more pessimistic

than previously,” he added.

Nevertheless, “given the international turmoil, the German economy is still performing well overall,” he insisted.

A sub-index that measures company assessments of their current situation fell to 116.7 points from 117.9 points in September and expectations for the six months to come dropped to 97.0 points from 97.9 points, hitting its lowest level since July 2009.

Holger Schmieding, economist at Berenberg Bank, suggested that the hope EU leaders will agree on a solution to the debt crisis at the upcoming summits in Brussels “may have dampened the October decline in business confidence somewhat.”

Such hopes have already fuelled a modest rebound in equity markets, he noted.

“But it is still the fourth significant fall in the Ifo index in a row” and the speed of the decline was “alarming… and points to a modest recession ahead,” Schmieding said.

Nevertheless, the outcome of the upcoming double summit was crucial and if EU leaders failed to come up with a solution that can calm markets for good “the eurozone is likely to slip ever deeper into recession,” he said.

Ben May, European economist at Capital Economics in London, said that while the modest decline in the Ifo index superficially suggested that the German economy was continuing to hold up reasonably well.

“In all, there is nothing to alter our view that Germany is in the midst of a sharp slowdown and that growth next year will ease to a well below consensus 0.5 percent or so,” he said.

ING Belgium economist Carsten Brzeski, too, said that the eurozone’s “economic Superman (had) looked invulnerable” for a long time.

But now “with Italy and France starting to falter, Germany is now finally feeling the pain of the sovereign debt crisis,” he said.

Andreas Rees, chief German economist at UniCredit, was less pessimistic.”There is no denying that the German economy will cool off in coming quarters. However, doomsday is certainly not around the corner,” he said.

Companies had an “airbag” of a huge pile of backlog orders which would be worked off in coming months.