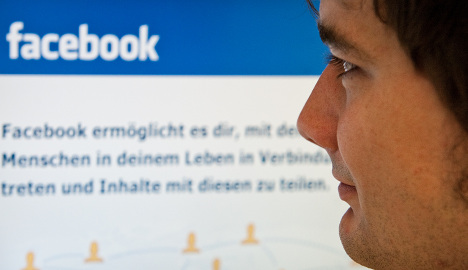 Thilo Weichert, who leads the state’s data protection efforts, said in August that the site’s “like” button violated German privacy laws because it allowed Facebook to track members’ interests without their consent and sent the personal data to the United States.

But in a private meeting between Weichert and Richard Allan, Facebook’s head of privacy policy in Europe, the US internet giant offered to shield visitors to websites operated from Schleswig-Holstein from having their data sent to the United States. It also provided a full accounting of how it collects and uses users’ data, public broadcaster NDR reported on Friday.

Although the full details of the arrangement are not yet clear, it appears the exemption would be unique. It would cover people who click the “like” button on various websites employing the feature. Facebook would identify those accessing the site from Schleswig-Holstein by sorting IP addresses, NDR reported.

Although Weichert had previously expressed scepticism that anything would come from the meeting, he said the agreement if implemented would “certainly be a great success.”

“For the first time, Facebook really understood what our legal arguments and technical problems are,” he told NDR.

But in a statement sent to The Local after the NDR broadcast, Facebook said it wanted to avoid a patchwork of regional exceptions.

“We would like the (state data protection office) to lift their threat of action against some organizations in Schleswig-Holstein using our services. We are therefore open to considering reasonable measures that will help to resolve this situation such as the provision of more detailed information about how aspects of our service operate to ensure that it is fully transparent to people who use it but the goal is not to create specific solutions for Schleswig-Holstein.”

The social network has continued to face criticism from other German political leaders despite agreeing last month to a voluntary code of conduct to protect Germans’ privacy.

In the Tageszeitung newspaper on Friday, Hamburg data protection head Johannes Caspar said he was ratcheting up pressure on Facebook over its facial recognition technology.

“The time for negotiation is now over,” he told the newspaper, calling on Facebook to seek explicit consent from users for the service, which can automatically recognize faces in photos and add people’s names to them.

He threatened legal action if his office didn’t receive “clear confirmation” that Facebook would address the issue.