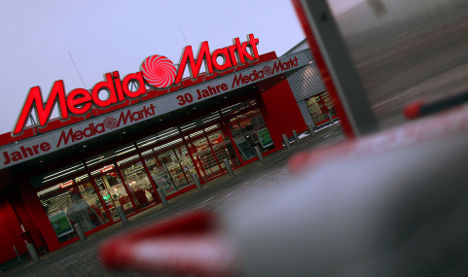 The Süddeutsche Zeitung reported on Thursday that a Media Markt executive had been arrested in connection with bribes allegedly paid to give one firm exclusive access to sell DSL connections to the chain’s customers.

The man alleged to have made millions from selling the DSL connections was among those arrested, the paper said.

A spokesman at the Media-Saturn group, which includes Germany’s dominate consumer electronics chains Media Markt and Saturn, said the manager was going to be removed from the company.

Augsburg public prosecutor Reinhard Nemetz told the paper he was expecting to press charges of serious bribery, describing the suspects as having been organised like a gang. A conviction could lead to prison sentences, he said.

It is thought that a businessman named by the prosecutor only as Peter N., made €50 million in commissions on DSL contracts that his workers sold at Media Markt and Saturn shops between 2005 and 2010.

He had paid hefty bribes to managers at Media-Saturn in order to be the only one selling such contracts in their stores, the prosecutor alleges.

The talk is of around €3.5 million in bribes, made in more than 200 payments. This opened the doors of the shops to him, with managers being told to cooperate with his workers.

A whistleblower sent a letter to the authorities last year, describing in detail how the operation worked. This sparked raids in July, with around 160 police officers searching 20 flats and offices across the country, including the Media-Saturn headquarters in Ingolstadt.

Material seized during these raids supported the claims made in the letter, the Süddeutsche Zeitung said. An internal investigation conducted by auditing firm KPMG came to similar conclusions.

The bribe money was laundered via, among other things, property purchases in the USA – via companies set up and owned by the wives of those concerned.