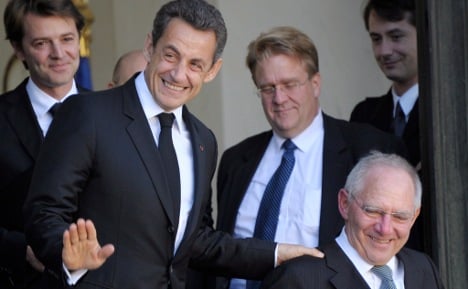 According to a report in Wednesday’s Financial Times Deutschland, German Finance Minister Wolfgang Schäuble has told MPs from the three government parties that the European Financial Stability Facility (EFSF) is to be given extra levers to give bondholders extra guarantees, boosting its effective financial might to a maximum of €1 trillion.

The British Guardian newspaper even suggested on Tuesday that France and Germany were preparing to create a European bailout fund worth €2 trillion euros.

The UK paper calculated that the by insuring the state loans, the lending capacity of the EFSF – currently €440 billion – would multiplied fivefold. “The EFSF will in effect become an insurer,” the paper wrote.

Schäuble is said to have assured government MPs that Germany’s guarantee limit of €211 billion would not be lifted any further.

“There were several critical questions,” one unnamed Free Democratic Party (FDP) MP told the paper after the meeting. And there was also apparently much grumbling from Schäuble’s own party, the Christian Democratic Union (CDU).

Government MPs had already expressed concern when rumours spread at the end of September that a measure to multiply the EFSF’s financial power was being considered.

Opposition parties, particularly the socialist Left party, have expressed outrage at the news. “It is unbelievable, what is happening,” Left party head Klaus Ernst told the Süddeutsche Zeitung on Wednesday. He said that the risks of such a measure “would once again be passed onto the taxpayer.”

He also criticized the EFSF and the aid measures being handed out to debt-laden countries like Greece, saying they did nothing but aid the financial system, not the countries. “It just allows the banks to carry on speculating as they like,” he said.

The Green party has demanded that the German parliament, the Bundestag, have a say in any measures that would extend the EFSF. Green party parliamentary leader Volker Beck said that such a measure would “substantially change the modalities” of EFSF guidelines.

Talks to prepare a host of meetings in Brussels that will culminate in an EU summit which could make or break the euro are proceeding “positively”, a German government spokesman said on Wednesday.