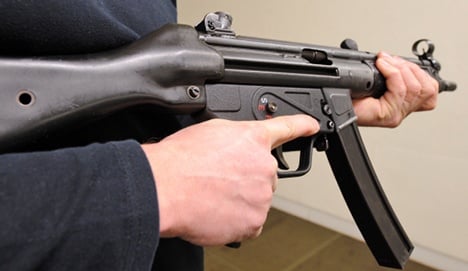 Many of the weapons were sent to Egypt, Yemen, Bahrain and Libya, and may have been used to suppress pro-democracy protests in those countries during the recent Arab Spring, according to the report published Wednesday.

“These arms deliveries were approved even though there was a substantial risk that human rights abuses would be committed with these weapons,” said Mathias John, an arms expert with Amnesty.

Reports of shady weapons sales from German companies are nothing new. Controversy was sparked this summer by a secret tank deal with Saudi Arabia and the sale of patrol boats to Angola. That led to calls for more transparency into the process by which weapons export licenses are approved.

“One day soldiers of the Bundeswehr will be on foreign missions trying to stop violence which is being conducted with German weapons,” said Bishop Wolfgang Huber.

Germany became the world’s third largest weapons exporter in 2010, trailing only the United States and Russia.

The Amnesty report said Germany sold a wide variety of weapons to repressive countries including sub-machine guns to Egypt, assault rifles to Bahrain and bombs to Libya.

It also branded other European countries including France, Bulgaria and Austria as key weapons suppliers to such.

Amnesty called on United Nations member states to negotiate a comprehensive treaty that will better regulate the international weapons trade.