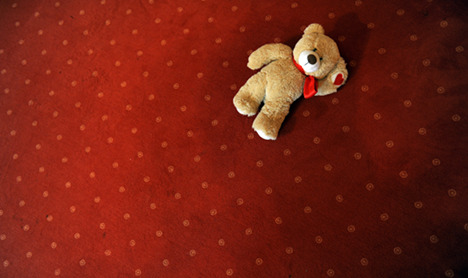 The Criminological Research Institute of Lower Saxony, an independent agency which promotes research that could prevent crime, was itself surprised by the results released this week, said its head Christian Pfeiffer.

The study, which included interviews of about 11,000 men and women between 16 and 40 years old, found 6.4 percent of women and 1.3 percent of men reported being sexually abused in childhood or adolescence. That’s compared to 8.6 of women and 2.8 percent of men in 1992, the last time a similar study was conducted.

Most alleged perpetrators were men, either acquaintances or from victims’ own families, according to the study. Nearly one in ten women said they had been abused by a teacher, but only one person mentioned being abused by a priest.

Experts attributed the results to increased willingness of society to discuss sex crimes and the consequent deterrent effect on possible perpetrators. The public has also become more sensitive to victims, Pfeiffer said.

“During the 1980s an average of every twelfth perpetrator was held accountable but now it is every third,” he said.

Victims’ advocates, however expressed scepticism about the research.

Norbert Denef of the Network of Those Affected by Sexual Violence said many victims repress their experiences and won’t admit what happened in a survey.

“Science must accept their helplessness instead of spending millions for such investigations,” he said.

Revelations that emerged in 2010 of sexual abuse in Germany’s Catholic church led to government promises to accelerate research into such crimes.