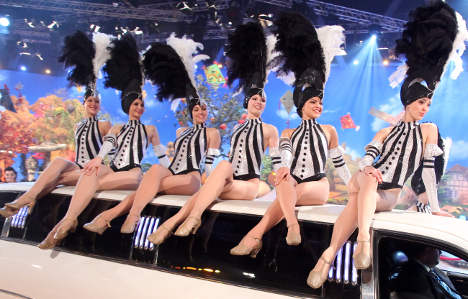 The decision to allow dancers paid for by broadcasting licence fees to accept the invitation to Grozny was heavily criticized by opposition politicians on Monday.

“I can’t understand it at all,” prominent Green party parliamentarian Volker Beck told the Mitteldeutsche Zeitung. “That is a state funded ballet group. And anyway artists shouldn’t make themselves decoration for the personal cult of someone with blood on their hands.”

Beck said he expected the MDR to investigate and make clear how the decision was made, and who should take responsibility.

But it seems the group’s management was not pricked by conscience. “We discussed whether the trip would be safe enough for the dancers,” Bodo Bergmann, who runs the TV ballet group, told Sunday’s Bild am Sonntag newspaper.

The dancers were reportedly booked through magician Jan Rouven, and performed alongside him.

Top model Heidi Klum’s husband Seal also performed at the party on October 5, for which a number of stars are said to have been offered six- or seven-figure appearance fees.