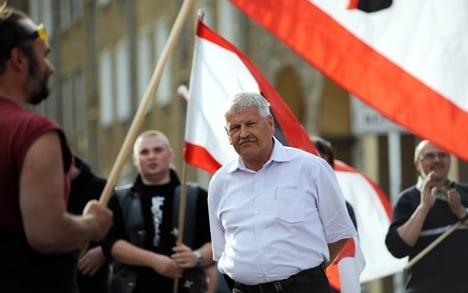 Voigt’s wife booked four days in the Hotel Esplanade in the eastern German spa town of Bad Saarow in December 2009, but the hotel refused to accept the booking, saying that Voigt’s “political beliefs” meant that the hotel could not fulfil its aim of “providing every single guest with an excellent wellness experience.”

Voigt’s legal complaints have been unsuccessful so far, and according to a report on news magazine Der Spiegel’s website on Sunday, he is planning to appeal to the BGH next Friday.

His lawyer countered the hotel’s decision by saying that other guests could be disturbed by the presence of “black Africans, Muslims and severely disabled people.”

But, Voigt’s lawyer said, “in a free democracy, our citizens are expected to show tolerance that some people might consider an imposition.” Otherwise a democratic society cannot function, “because there would be too many moves towards discrimination, and at the end we have a fractured society without solidarity.”

The hotel’s lawyer argued that Voigt was demanding “tolerance that neither he nor the NPD extend to others.”