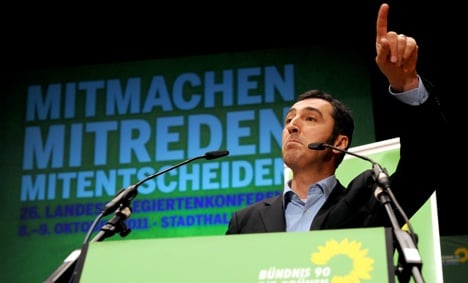 According to a report in the Frankfurter Rundschau newspaper on Saturday, the Green party would expect the state to make an additional €5 billion a year from the tax hike. “The Green target is to make strong shoulders pay more income tax again,” a Green party statement said.

Party leader Cem Özdemir added that the idea was to “relieve people on small and middle incomes.”

The Green party also wants to cut tax breaks for large companies, public sector workers, childless married couples and motorists. The plan would mean pensions for public sector workers would be calculated according to their average income throughout their careers, not their final income.

The DIW also suggested imposing a net wealth tax on Germany’s 350,000 millionaires. Wagner said a 0.5 percent tax on the fortunes of Germany’s richest would bring the state up to €7 billion.

The new policy is set to be ratified at the Green party conference in the northern German town of Kiel at the end of November.