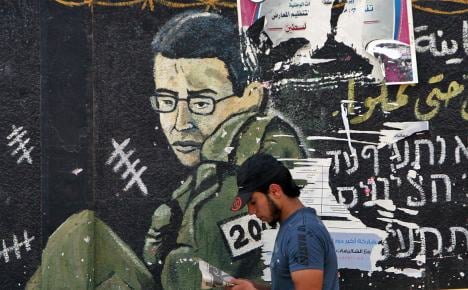 Ernst Uhrlau, head of the Bundesnachrichtendienst (BND), said on Friday morning that his best agents in the region were involved in support operations.

“The Bundesnachrichtendienst is familiar with support tasks,” he said on an ARD morning television show. He said those officers involved were particularly well-qualified and experienced in the Middle East.

“If now a result is achieved, that Shalit will very soon be back in the arms of his family after five-and-a-half years, that would be a great success. And if Germany and the Bundesnachrichtendienst have a part of that, that makes us proud,” he said.

The radical Palestinian group Hamas and the Israeli government agreed a deal on Thursday that Shalit, whose cause has been adopted as an emotional touchstone by much of Israel, would be swapped for 1,027 Palestinian prisoners.

The Financial Times Deutschland reported on Friday that a list of names of Palestinian prisoners due to be released was published on a website associated with Hamas. The list includes 280 prisoners who were sentenced to life, according to Israeli media, the FTD said. It also includes the oldest Palestinian prisoners, 78-year-old Sami Junis, as well as some who have been in jail for more than 30 years.

The Israeli justice ministry said it would publish its official list of names on Sunday, after which regular Israelis have 48 hours to object to the government about any specific releases.