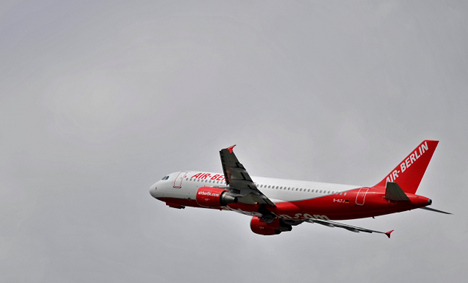 The airline – Germany’s second largest after Lufthansa – has long given special discounts to journalists and even gave celebrities free flights, although that programme was recently discontinued.

But it’s the revelation that the airline has offered lawmakers memberships in its top frequent flyer level that has really raised hackles.

The Frankfurter Rundschau newspaper reported Tuesday that last year the airline’s chief executive sent parliamentarians a letter offering the airline’s “constructive support” to tackle the Bundestag’s “great challenges,” along with a Gold card for the airline’s frequent flyer program.

That card allows holders a range of perks, including seats with more legroom, a larger baggage allowance and exclusive parking and waiting areas at airports. Normally, customers must fly at least 40,000 miles in order to get a gold card.

Air Berlin declined to tell the paper how many parliamentarians had used the card.

But the anti-corruption watchdog, Transparency International called on president of the Bundestag to immediately reveal which members had taken advantage of the offer, calling it “unfair” to regular Germans.

“These types of amenities for members of parliament are a breeding ground for future lobbying activities,” it told the Frankfurter Rundschau.