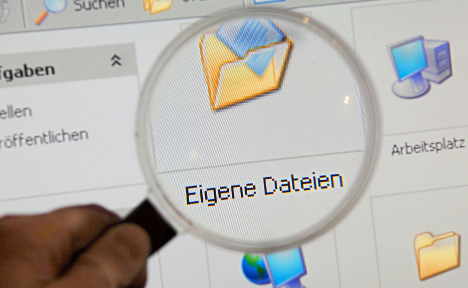 Bavarian Interior Minister Joachim Herrmann, also of the CSU, weighed in on the debate too, saying he saw no problem with the use of the Trojan to track down criminals.

Bavarian state prosecutors admitted they had used the software, though they would not reveal any details about the investigations.

Leutheusser-Schnarrenberger told the Handelsblatt newspaper on Tuesday, “Strict state control measures need to be used to protect private citizens from being spied on.”

Uhl countered by saying the minister had failed to provide the police with clear legal regulations for carrying out investigations, and so could not complain that such regulations were not being followed.

Herrmann for his part said he did not see how the Bavarian police or judiciary had broken any rules.

“These are measures that are clearly defined by the federal government, and which the constitutional court has allowed for use in investigating serious crime,” he told the Passauer Neue Presse newspaper.