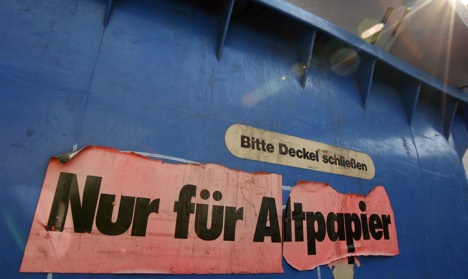 According to the police, the man was sleeping in a paper recycling container in the northern Hessian city when rubbish collectors empted it into the back of a garbage truck.

Only after hearing loud screams from inside the truck did they stop the trash compacting process. They then discovered the injured man lying in the middle of the old paper.

The authorities said the man, who lacked identification, was taken to a nearby hospital, but was not yet in a condition to answer questions on how he ended up in the bin.