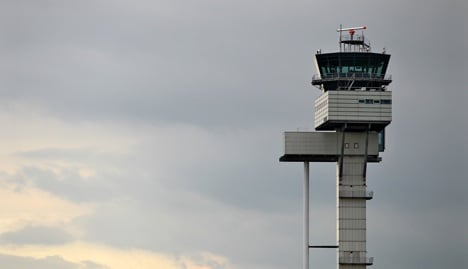 The country’s air traffic controllers could walk off the job as soon as next Wednesday, following the breakdown of talks with the government-owned Deutsche Flugsicherung (DFS) agency on Friday evening.

The GdF air traffic controllers’ union had called for a strike back in August, but this was averted by a labour court ruling which demanded the conflict be resolved with arbitration talks – which have now failed.

The well-paid air traffic controllers, who currently earn between €72,000 and €130,000 per year, are demanding better working conditions and more say. The DSF had already agreed to a 5.2-percent raise. The GdF will decide how to push its demands next week.

“There were lots of reasons for the [talks’] failure, but not pay,” said a DFS spokesman.

However, there could be air travel delays as early as Monday, as ground personnel hold workers’ meetings at major German airports.

Some 2,000 employees at Frankfurt Airport, Germany’s largest international hub, will take part in a one-hour discussion, according to trade union Verdi. Ground personnel representatives seen an EU push for greater competition as a potential threat to their pay and working conditions.

“We fear wage cuts as well as an expansion of part-time jobs when these ideas become law,” said Verdi board member Christine Behle.