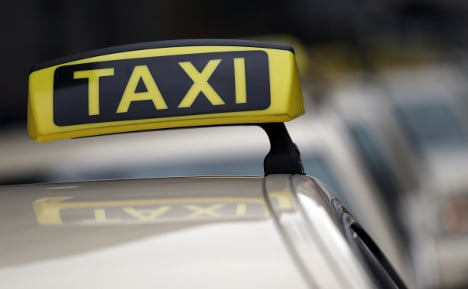 As autumn’s cooler weather rolls in, Germany’s pedestrians and cyclists may be looking for alternative transport.

The ADAC’s ‘Taxi Test 2011’, ranks taxi service in Munich, Cologne and Berlin in the top five out of the 22 European cities where taxi provision was examined.

Munich was second over all with 82.89 of 100 possible points, just behind Barcelona (84.61 points), according to the ADAC test. Taxi drivers in the Bavarian capital were decently dressed, correctly used their fare meters and helped with loading and unloading luggage – and in most cases, could converse in English. Nine of ten taxi drivers could handle credit card payments and printed accurate receipts.

But Munich could have improved its marks, according to ADAC, had taxi drivers followed rules of the road. One taxi driver drove at 90 kilometres per hour in a 50 zone. Another complained that a trip of 3.8 kilometres was “too short“, while a third simply doubled the 1.3 kilometre route.

In Hamburg, ranked 11th overall (76.99 points), a driver tried a similar trick – lengthening a taxi trip by 213 percent, despite repeated comments from the ADAC tester regarding the correct route, and charging the metered price, no reductions.

Other recorded complaints in Germany included aggressive driving, drivers running two red lights and taking curves at wheel-squealing speeds – in other words, anything but a comfortable drive.

Cologne took third place overall with 82.38 points, while Berlin followed at the fifth spot at 81.30 points. All three German cities were ranked “good” by ADAC, although drivers in Berlin and Cologne were unable to effectively communicate in English – despite the cosmopolitan nature of the cities.

The ADAC testers took ten trips in each city, all starting at taxi stands.

“It’s a little bit of a lottery game, what’s done there,” said Matthias Schmidt, deputy chair of the ADAC, saying he had expected Hamburg to score better.

When comparing prices, Germany’s cities proved particularly expensive. Cologne’s price of €15.70 for a seven-kilometre trip ranked 10th among the 22 cities.

All in all, Barcelona offered the best taxi services in Europe, while Slovenia’s capital Ljubljana received the lowest rating.