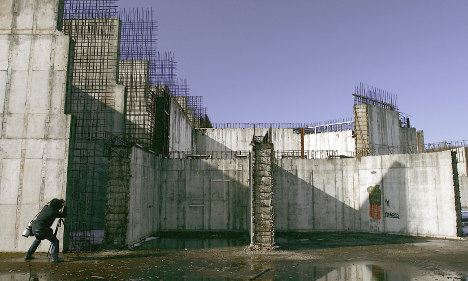 The abandoned start of a plant in Zarnoweic. Photo: DPA

Brandenburg state’s environment ministry has published four possible sites for the nuclear power station, which it says have been recommended by the Polish government – some of which are just a few hundred kilometres from Berlin.

The capital-based Tagesspiegel newspaper said on Thursday that Brandenburg state premier Matthias Platzeck had already delivered a firm objection to the Polish government.

Plans had once been made for a nuclear power station in Gryfino near Schwedt, but there at been uproar at its proximity to the Brandenburg border, the paper said.

The four ‘favourite’ Polish nuclear power plant sites include two on the Baltic Sea coast – Kopan, which the paper said was 345 kilometres from Berlin, and Zarnoweic, which is near Danzig, nearly 340 kilometres away from the German capital.

The Tagesspiegel said that construction of a nuclear power station at the latter site had been started once but had been abandoned after the 1986 Chernobyl disaster.

Bernhard Remde, manager at Brandenburg’s consumer protection office, said the fact that the state was being included in the planning process was a great achievement of the process which brought Poland into the European Union.

Brandenburg’s state government, a coalition of centre-left Social Democrats and the socialist Left (Linke) party – as well as the opposition Green party, will all oppose the Polish plans. The conservative Christian Democrats and business-friendly Free Democrats said they disagreed with meddling in another country’s business.

Germany is committed to shutting down its nuclear power stations by 2022.