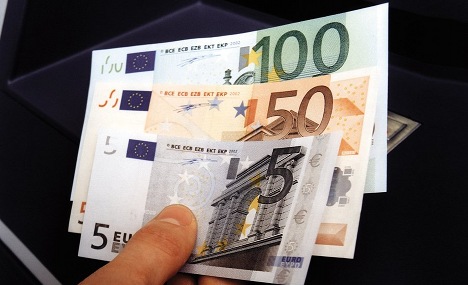 Back then the annual bonus payment to federal government employees paid at the end of the year was halved from 60 percent of their monthly salary to roughly 30 percent, saving taxpayers billions of euros.

Weihnachtsgeld or “Christmas money,” is a German tradition where employers pay employees an extra bonus around the holiday season. It is typically between half and a full month’s pay.

It is normally enshrined in work contracts, although employers often insert opt-out clauses allowing them to avoid the payment during financial downturns.

The 2006 reduction for civil servants was controversial, but was pushed through in the face of government financial uncertainty. It was said to have saved €3 billion.

Interior Minister Hans-Peter Friedrich said this week that the bonuses were being raised again now because the government was doing better economically – in 2006 officials had said it might take until 2015 until the bonuses were reverted to their original level.

Organisations representing government workers, including the Confederation of German Trade Unions welcomed the announcement, saying it was long overdue.

But the German Taxpayers Association warned of a “bonanza for civil servants” that would have a deep impact on the federal budget.