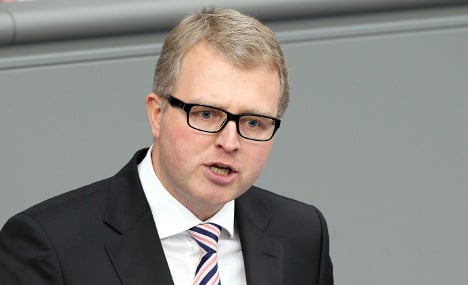 Organisers of a signature-collecting exercise said on Tuesday they had more than the 3,250 necessary to force such a party-wide vote, which would exert enormous pressure on MPs to conform to the result.

The development adds to the sense of a party in crisis as it is an explicit move against the leadership.

Party spokesman Wulf Oehme said the signatures would be checked, while the leadership has so far expressed scepticism about the idea of forcing a vote, which would only be the third in the party’s history.

FDP leader and Economy Minister Philipp Rösler, who only took over the party this year and has seen polls slump to disastrous levels, has said he would raise an opposing referendum should his challengers achieve their goals.

The initiators of the signature collection include MP Frank Schäffler, Michael Böwingloh, from the Gütersloh party, and former interior minister for North Rhine-Westphalia Burkhard Hirsch.

They have written five questions on which party members would vote, including, “Unlimited rescue measures, in which Germany is responsible for the debts of other European countries, do not come into question for the FDP.”

They want FDP MPs to refuse to vote for the European Stability Mechanism (ESM) in parliament. This would be equipped with a basis capital of €700 billion and a number of supranational powers to bolster and partially steer faltering European economies.

A Bundestag vote on whether to take part in the ESM which should be established over the coming two years, is due next spring, which would give the FDP time to hold a party referendum, according to Die Welt

The previous party referenda were in 1995 when members voted in favour of increasing the government’s surveillance powers and in 1997 when they voted for keeping compulsory military service, although the latter did not attract enough votes to be valid.

This would be the first time in the party’s history that such a referendum of party members was forced upon the leadership.