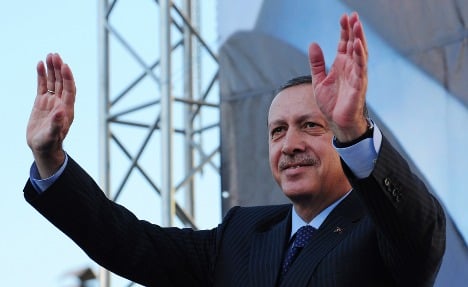 Speaking to Turkish journalists at the end of last week, he said, “There are things which very much anger me,” according to Tuesday’s daily Tagesspiegel.

He said a German charity was working with a town administration assigning infrastructure project funding – mentioning sewerage system projects as examples – and that money was in this way being funnelled to the PKK.

He said the Turkish government had been watching transactions and had informed the German authorities of their concerns, but to no avail.

On Monday Erdogan repeated his claims, although he did not name the charities he was implicating.

According to Tagesspiegel,the Turkish newspaper Millyet reported Erdogan was likely referring to one of two German organisations involved in reorganising and modernising rubbish removal and sewerage systems across the country, including the Kurdish eastern regions.

Germans have helped modernise the sewerage system of Diyarbakir city, the unofficial Kurdish capital, where €45 million was spent on the project.

“Sadly the German charities have long been active with similar things,” said Erdogan.

The German foreign office noted that the PKK was classified as a terrorist group by the European Union and said that any suggestion of improper activity would be investigated.

The Tagesspiegel suggested that the allegations could have been made in connection with investigations recently launched by Turkish authorities against Erdogan’s own party, the AKP, that it had been profiting from Germany money spent in Turkey.

He has now brought the reputation of two other major Turkish political parties into question – they administer a number of the areas where he said questionable activities had been taking place.

German charity workers were hauled before a Turkish court nine years ago accused of espionage.

The Konrad Adenauer, Ebert, Friedrich Naumann and Heinrich Böll foundations, all linked to German political parties, were accused of having formed a secret pact to destroy the Turkish state.

The trial ended with the charges being dismissed, but such conspiracy theories still have some currency in Turkey.