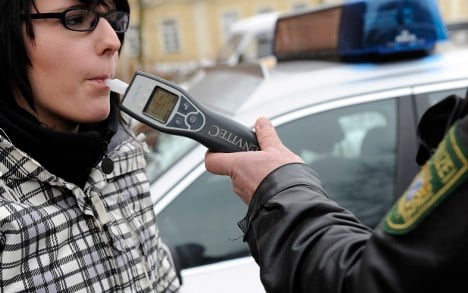 The poll, conducted by Emnid for the Bild am Sonntag newspaper, showed 77 percent of those asked wanted to see the blood alcohol level at which people are allowed to drive, reduced to zero.

Men feel less strongly on the matter, with 68 percent of them in favour of an absolute ban. Of the women questioned, a massive 85 percent were in favour.

The European parliament voted in favour of a rule for newly qualified drivers and professional drivers to be banned from drinking and driving. This should be achieved by all new cars being fitted with breath-test equipment which would prevent a driver with alcohol on their breath being able to start the engine.

The move is just one of many in an attempt to reduce the number of people killed on Europe’s roads each year. Another is to push down the speed limit in all residential areas to 30 kilometres an hour.

More than 35,000 people are killed in road accidents across the European Union each year, while a further 1.5 million people are injured. The cost is estimated to be around €130 billion a year.