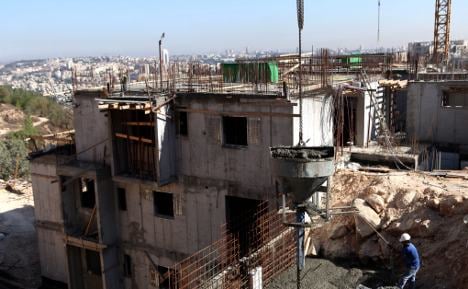 Merkel had told Netanyahu that the success of negotiations on a two-state solution with Palestinian president Mahmud Abbas rested on both sides refraining from “provocations”, and damned his approval of a settlement expansion in east Jerusalem.

She said she had “absolutely no understanding” for the approval of the plans to expand a settlement in Gilo, in the part of Jerusalem generally inhabited by Palestinians and viewed by them as their capital.

“This approval had raised doubt whether the Israeli government has an interest in the start of serious negotiations,” her spokesman Seibert said, adding that Merkel told Netanyahu it was “now a question of dispelling this doubt.”

The quartet of bodies trying to manage peace talks between Israel and the Palestinians, composed of the United States, United Nations, European Union and Russia, announced a bid to get things moving again on September 23.

It came shortly after the Palestinians submitted their bid to join the United Nations as a member state.

Merkel said the Quartet’s plan must be the basis for negotiations.

The proposal calls for talks to begin within a month, for both sides to produce concrete ideas on security and borders within three months and for a final deal to be reached before the end of 2012.

Merkel had phoned Abbas Monday to press him to accept the Quartet proposal to open negotiations with Israel.