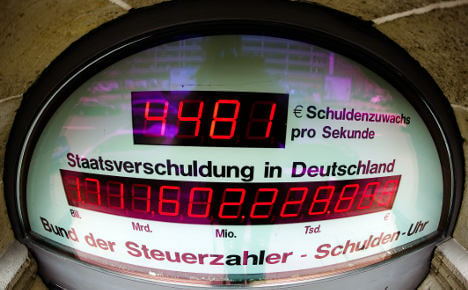 According to the authority’s latest report, the total government debt at the end of 2010 was over €2,000 billion, a significant increase on the year before, when Germany had a total debt of just under €1,800 billion.

The federal government is responsible for the biggest share of the burden, with the average federal debt per citizen totalling €16,048, a 25.5 percent increase over 2009.

States add an additional €7,339 to the individual debt calculation, while the municipalities, excluding those in the city-states of Bremen, Hamburg and Berlin, average another €1,628 per person.

But the office warned that the figures could not be directly compared with those of previous years, because calculations for 2010 had been revised to comply with European Union directives.

This meant that debts relating to social security, including those of the Federal Employment Agency and all related budgets, were included for the first time in the statistics.