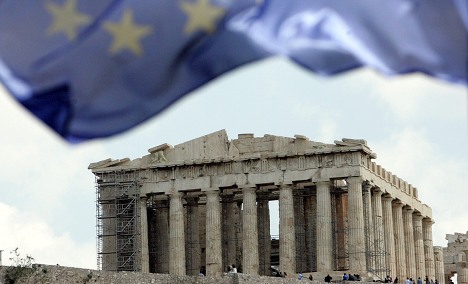 European leaders are currently debating whether to increase the European Financial Stability Facility (EFSF) to over a trillion euros, so that it would be in a position to bail out major eurozone economies like Spain or Italy in an ermergency. Other suggestions include using the European Central Bank (ECB) to back the EFSF or integrating European financial policy more closely.

The German parliament is due to vote on putting more cash into the EFSF on Thursday.

In July,Merkel agreed with other eurozone heads of state to increase the fund from €250 billion to €440 billion, while state guarantees are to rise from €440 billion to €780 billion. If the vote is passed, Germany’s contribution will increase from €123 billion to €211 billion.

The EFSF is also to be given the power to buy up government bonds from states in crisis, currently a function of the ECB.

David Beers, expert in assessing country ratings at Standard & Poor’s, told the Reuters news agency, “We’re getting to a point where the guarantee approach of the sort that the EFSF highlights is running out of road.”

“There is some recognition in the eurozone that there is no cheap, risk-free leveraging options for the EFSF any more,” Beers added.

Frank Engels, an economist at Barclays Capital, said that even if lawmakers pass the bill “by a very healthy majority,” growing disunity between Merkel’s Christian Democrats and her coalition partners the Free Democratic Party signalled trouble ahead.

“German politics is likely to become even more volatile than before in the wake of the growing divergence between the FDP and the Conservatives on matters related to EMU (monetary union),” he said.

In a test vote on Tuesday, 11 Christian Democrat MPs voted against the bill, with two abstentions. Merkel’s coalition government has a 40-seat majority in the Bundestag over the opposition.

Speaking at the Federation of German Industry (BDI) in Berlin on Tuesday, Greek Prime Minister Giorgos Papandreou promised that Athens would meet all of its obligations.

“Yes, we can,” Papandreou said, echoing the famous rallying cry of US presidential candidate Barack Obama in 2008. “We are not a poor country, we were a poorly managed country.” The prime minister called on Europe to use the current crisis to become a “stronger.”

Germany and the European Commission have meanwhile increased the pressure on Greece to cut costs again.