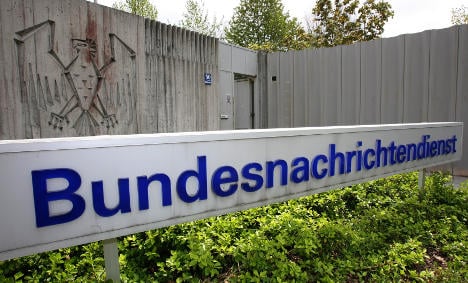 Walther Rauff was a senior SS man who had led the working group which developed the mobile gas chamber – converted trucks which killed the people in the back with engine exhaust fumes. They were taken to concentration camps through Germany, Poland and Ukraine.

The newly created Bundesnachrichtendienst (BND), West Germany’s federal intelligence service hired him in 1958, even though he never made a secret of his past, according to the documents seen by Der Spiegel magazine.

The recruitment of Rauff was, “in no way politically or morally defensible,” said head of the BND’s history research group, Bodo Hechelhammer.

Rauf had fled an Allied prisoner camp after the end of the war and ended up in Chile, where a fellow former SS man Rudolf Oebsger-Röder contacted him on behalf of the BND.

He received generous payments to his work, which took him through South America, although the results were apparently disappointing – in 1962 his monthly payment was halved as he had not succeeded in opening intelligence avenues in Castro’s Cuba, the documents show.

By this time German justice department investigators had caught up with him and by the end of the year he had been arrested by Chilean police ready for extradition.

Yet he never had to stand trial for his crimes – murder charges had a 15-year- statute of limitations in Chile at the time and so after a few months in custody, he was again a free man.

He died in Chile 1984 aged 77, having never been held to account for his actions, Der Spiegel reported on Sunday that some of those at his funeral called ‘Heil Hitler’ at his funeral.

The release of the papers documenting the shameful use of such a criminal by the BND has been driven by the service’s head Ernst Uhrlau.