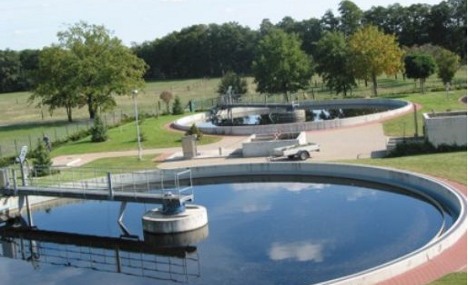 Roland Meinusch, manager of the plant in Treuenbrietzen, Brandenburg, said the plant some 70 kilometres southeast of Berlin produced 1,000 cubic metres less sewage sludge than normal last year – and the only thing he had changed was the music.

“We play them Mozart’s Magic Flute, on a half-hour loop,” he told The Local.

The better the microbes work, the more they digest the sewage, producing more clean water and less sludge.

“And the less sludge we produce, the less we have to pay to farmers for them to put it on their fields,” said Meinusch.

“We are a very open company, and often try out new ideas to see if we can reduce costs, by cutting electricity consumption for example.”

He said he was approached by a company making special loudspeakers which had supposedly achieved interesting results at a sewage plant in Austria and wanted to try out their idea at a plant with more advanced technology.

“Last March, we fitted in the speakers and started playing the music to the microbes. They are very sensitive to environmental factors, particularly to temperature, and so at first nothing was really happening and in May we nearly stopped the experiment,” he said.

But after a local newspaper reported about the test, the amount of interest generated was great, that the plant managers decided to continue.

“Of course as an engineer, I cannot say whether what we achieved was actually due to the music – nothing has been scientifically proven. I would hope to attract someone from a university to come and study it, perhaps a student who needs a subject to investigate for a diploma or doctorate.”

He said the plant and Mundus, the manufacturers of the speakers, decided to continue the experiment. Meinusch also said he had given the firm a share of the savings as a bonus.