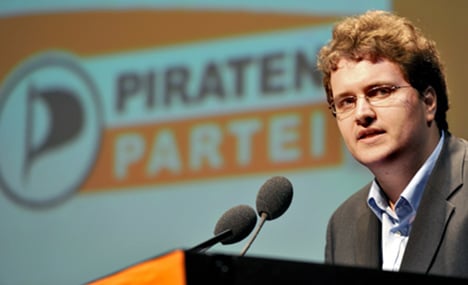 “We are not a fluke, we are not a city or state party,” Sebastian Nerz, the country’s head buccaneer speaking to public broadcaster ZDF on Tuesday.

Nerz said the upstart party was aiming to break into governance at all levels, including municipal, state and national offices.

In the long term, the Pirates are hoping their win in Berlin – they snagged 15 state parliamentary seats and just under nine percent of the vote in Sunday’s state poll – provides momentum nationally.

The Pirate movement, which started in Sweden about six years ago, aims to spread a gospel of government transparency and a more open system of intellectual property rights, among other aims.

Until the Berlin election, its main accomplishment had been getting two members into the European Parliament.

Berlin appears to have galvanized the party full of young people who say they want to make government more responsive to the citizenry.

But some question whether their recent success was anything more than the result of a protest vote. Most Pirates have little experience in politics and seem likely to chafe, at least initially, in the country’s bureaucratic parliamentary system.

Nerz, however, has rejected criticism of his party. He told ZDF that voters have no confidence in current politicians and believe the Pirate Party is a viable alternative.