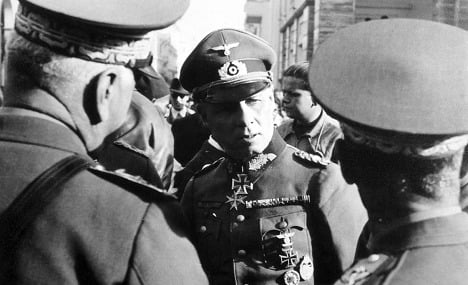 The film, which started shooting in France at the beginning of September, is supposed to depict the Field Marshal’s complexities particularly toward the end of the war as he struggled with his conscience.

Rommel was one of Hitler’s best and most widely-respected military leaders. After fighting in World War I, he commanded part of the German defence at Normandy and his Afrika Korps fought against the Allies in North Africa. He earned the moniker the Desert Fox for his cunning command in the region.

Toward the end of the war, Rommel is said to have taken part in a plot to overthrow Hitler, believing the Nazi leader was destroying Germany. After several conspirators were found out, Rommel was given the option of trial or committing suicide.

He chose death, and his involvement in the conspiracy was only revealed after the war ended.

But his family, including his 82-year-old son, former Stuttgart mayor Manfred Rommel, believe he is being portrayed wrongly in the film.

In a letter to SWR obtained by Der Spiegel magazine, Manfred Rommel wrote that the family was concerned that there would be “lies” in the film, including the idea that his father was a social climber and Nazi criminal.

“That’s simply not true,” the letter said. “Yes, he esteemed Hitler at the beginning because he was a friend of the Army, but the mutual appreciation came to an abrupt end.”

SWR said it has been in close contact with Rommel’s family and is trying to come to an amicable agreement, although it points out that films are often a matter of historical interpretation. It anticipates showing the film sometime next autumn and said that it was continuing to conduct constructive talks with family members.

Director Niki Stein said Rommel was “representative of a whole nation” because he only realized that Hitler was a horrific criminal too late to stop him.