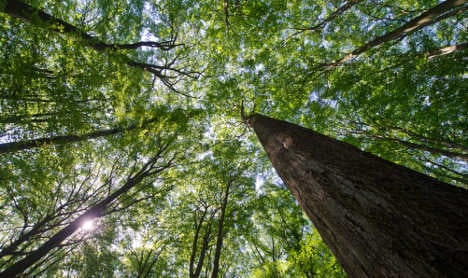 “We are probably going to release a photo and ask the public for help,” Berlin police spokesman Michael Maaß told The Local on Monday, admitting that he and his colleagues had got no closer to solving the mystery of the boy from the woods.

He said that the boy, who walked into the city’s landmark City Hall carrying a rucksack with a tent in it on September 5, had still not come up with any more information than his first name – Ray – and the first names of his mother and father.

The City Hall civil servant who was summoned by perplexed security guards because she speaks English told the British paper, The Daily Telegraph, “He didn’t look at all like a vagrant – he didn’t smell, he was clean, his clothes were clean but he simply didn’t know anything about who he was.

“He said he needed help, that he didn’t know where to go and had no-one in the world to look after him. I tried as much as I could to find out details about where he was from but he just didn’t know.”

In a case that has attracted international attention over the last few days, he said that he and his father Ryan had left civilisation five years ago – after his mother Doreen was killed in a car crash.

Yet he has not been able to say who he is, nor anything about where he comes from. Whether this is due to a dramatic loss of memory or some traumatic experience is not clear.

“He had only a few words of German was completely fluent in English, and said that his father had told him it was an important language. Although he seemed to be a native English-speaker, I detected some sort of accent.”

Maaß said a translator had been assigned to the boy, who is thought to be about 17 years old. But they have so far been unable to work out what accent his English might have. He only speaks a little German.

An appeal to Interpol for missing persons registers to be checked for cases that might fit that of Ray or his father, has so far turned up nothing, Maaß said.

Ray said his father died while they were in the woods, and he buried him in a shallow grave and covered the body with stones.

Heeding his dad’s advice of what to do in an emergency, he then followed his compass north and walked for two weeks until he got to Berlin, he told carers at the youth emergency workers who are now looking after him.

Maaß said the boy was physically fit and did not seem to have been the victim of violence or abuse.

Another police spokesman told The Local at the weekend, “We have not immediate indication that he is psychologically unwell, although if his story is to be believed – and we have no indication to suggest otherwise – one would assume he has been affected by his time in the woods and the death of his father.”