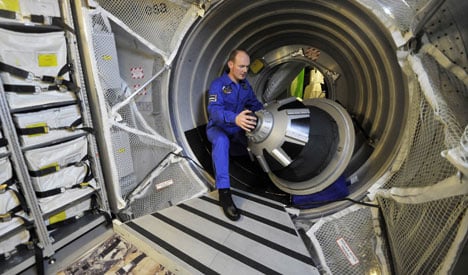 The 35-year-old will take off in December 2014 from a Russian Soyuz spacecraft from the Baikonur Cosmodrome in Kazakhstan and return to earth again in May the next year, the European Space Administration (ESA) reported on Sunday.

He is the second of the new group of European astronauts, which graduated last November, to be assigned to a mission. He will be the eleventh German to go to space and the third to fly to the International Space Station.

“ESA Member States have decided to extend their support to the exploitation of the International Space Station up to 2020,” said Thomas Reiter, ESA’s Director for Human Spaceflight and Operations.

Gerst, a geophysicist and vulcanologist, will conduct physics, biology and medical experiments while in space.

“Going to space is a dream we all have,” he said. “It is a great honour for me to get the chance to contribute to the long tradition of European and German space flight.”

German Economy Minister Philipp Rösler said that manned spaceflight was important here on earth because experiments in space in the fields of medicine and climate research can lead to promising discoveries.

Gerst, who was born in 1976 in Künzelsau in Baden-Württemberg, got his degree in geophysics from the University of Karlsruhe. He then began a master’s program in earth sciences at the Victoria University of Wellington in New Zealand.