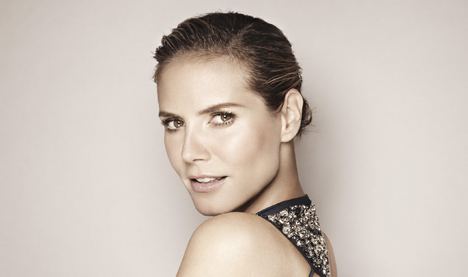 In a report released by McAfee, a US company which makes anti-virus software, internet searches for Klum are more likely to lead to virus infestation than for any other celebrities they studied, including Cameron Diaz, Jessica Biel or Tom Cruise.

Computer hackers often put commands in photos, videos or other content connected to famous people, especially women. When people search for such things as “hot pictures,” “screensavers” or “free downloads” along with celebrities, they are often led to malicious sites.

In Klum’s case, the likelihood of landing on a site that means your computer harm is one in ten, McAfee said.

While some attacks exploit software weaknesses that can hardly be avoided, others require people to download a video player or other software to allow them to view content. This is a red flag, experts say.

McAfee says searches on athletes or singers are slightly safer than those on models or actresses.

The company releases a new list of the most dangerous celebrities every year. In 2010, Diaz was on top, but she came in second place to Klum this year. Piers Morgan of CNN came in third, followed by Jessica Biel and Katherine Heigl.