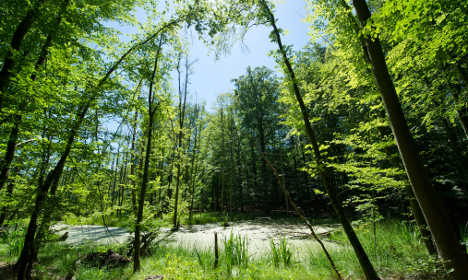 Authorities have launched a Europe-wide appeal for information about the boy, who is somewhere between 16 and 18 years old, and says his name is Ray.

“We have sent appeals for help to all European countries via Interpol. The boy speaks English and a little German but we really have no idea where he comes from,” Michael Maaß, spokesman for the Berlin police told The Local on Friday.

The boy emerged from the woods on September 5, and said he had been living wild with his father for about five years.

They had slept in a tent and huts they found in the woods, he told them.

Maaß said the boy had told youth workers he could remember nothing about where he came from, nor anything much more than his own first name.

Two weeks ago he found his father had died, and buried him in a shallow grave which he covered with stones, he told them.

“His father had told him to look at his compass and go north, if anything should happen. And this is apparently what he did, walking for two weeks before reaching Berlin,” said Maaß.

“There he found a youth emergency centre and walked in. We have never seen anything like it. We have no evidence to contradict what he has told our colleagues at the youth services, although we are still investigating, and very much want to find out who he is.”

He said Berlin police would have to enlist the help of colleagues in Brandenburg and possibly other neighbouring states. “I don’t know if you can walk through Brandenburg in two weeks,” said Maaß.

He said the boy had been medically examined and was physically healthy, while there was nothing to suggest he was the victim of any kind of abuse or violence.

“We have no evidence of a crime having been committed,” said Maaß.

“The boy is being cared for by the youth services, while we in the police force are responsible for trying to find out who he is,” he said.