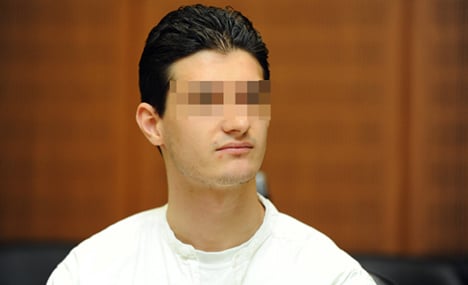 Arid Uka, 21, has admitted to shooting and killing Senior Airman Nicholas J. Alden, 25, and Airman 1st Class Zachary R. Cuddeback, 21, as they prepared to depart to Afghanistan. Two other military personnel were wounded in what has been called the first ever jihadist attack on German soil. As Uka tried to shoot a fifth person, his gun jammed, according to authorities.

In court last month he said that his motivation for the shooting was essentially spontaneous – inspired by a Islamist propaganda video on the internet falsely claiming to show an Afghan woman raped by US soldiers.

But prosecutors Wednesday showed evidence that Uka had been radicalized long before. Establishing that he had a long-term hatred of the US military could make it easier to prove motive and intent and get a longer sentence if Uka is convicted. He faces up to a life sentence in prison.

The prosecutors introduced internet chat logs from a year before the shooting, showing Uka had spoken with friends online about Islamist violence.

In the conversations he debated with acquaintances over whether violent attacks were justified in Islam. He also discussed martyrdom, prayer practices and alleged atrocities committed by US soldiers against the Iraqi population, the chats showed.

Prosecutors believe Uka, who was born in northern Kosovo but grew up in the Frankfurt area, acted alone.