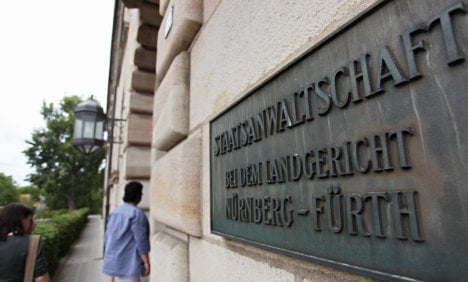 Authorities finally uncovered the horrific case after the woman, now 46, was convicted of blackmailing the wife of a doctor she blamed for the disability of one of her sons. She was assigned a parole officer who won her trust and eventually heard her story.

The man is accused of beating his daughter into submission and first raping her when she was 12 or 13, and then raping her from then on several times a week, according to a statement released on Tuesday by the state prosecutor in Nuremberg-Fürth.

Prosecutor Antje Gabriels-Gorsolke told The Local that the man lived with his wife, daughter and other children – as well as the sons she bore him as a result of his attacks.

Gabriels-Gorsolke said the man, who had had a job when his daughter was young, but has been unemployed for years, had only singled his daughter out for his despicable attention. He kept her under a regime of constant monitoring and repeated rape, apparently accompanying her whenever she left the house and not allowing her to establish any relationships with other people.

She said the woman’s mother is thought to have known of the initial rapes, but charges could not be brought against her for not helping her daughter because they would have exceeded the statute of limitations. “It would be too difficult to charge her, it was all too long ago,” she said.

“She has now moved out and is living with a son, I do not want to say where,” said Gabriels-Gorsolke.

The father is charged with 497 cases of rape – those from the last 20 years which have not yet reached the statute of limitations after which crimes cannot be pursued by the authorities.

He attacked his daughter either in the parental bedroom or her own room, the statement said, although after she got her driving license he often forced her to drive into the country and raped her in the car.

The abused woman bore her fathers three sons, one of whom died young, many years ago. The second is an adult living away from home – and who has now offered his mother sanctuary.

The third son died recently, as a child, said Gabriels-Gorsolke. She said due to the circumstances of his death, on which she would not elaborate, the local hospital undertook a post-mortem, from which tissue samples still exist and which have yielded genetic material used to prove incest.

The man was arrested this March, and has been held since then in investigative custody. He has admitted having sexual relations with his daughter but claimed that this was always consensual.

There have been several similarly horrific cases in Europe in recent years, the most infamous involving Austrian Josef Fritzl. While keeping his daughter imprisoned in a cellar for 24 years, Fritzl repeatedly raped her and fathered several children with her. He was sentenced to life in prison in 2009.