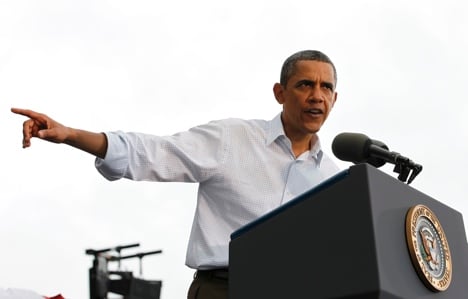 The survey found that 60 percent of Germans want the United States to play a strong role in foreign policy – above the European Union average of 54 percent. Only in the Netherlands did more people express this view (70 percent).

The annual “Transatlantic Trends” survey, carried out by the German Marshall Fund (GMF) think tank in Washington, in association with the Italian Compagnia di San Paolo research institute, questioned 1,000 people in the US, Turkey, and in each of 12 EU countries in May and June this year.

Europeans gave President Obama higher marks than the US in fighting terrorism. “Sixty-eight percent of Americans and 73 percent of respondents in EU countries surveyed approve of the way President Obama has been handling the fight against international terrorism,” the GMF said in a statement.

The report, which is seen as an important measure of transatlantic relations, is due to be published in full next week, but the GMF released some results in advance, ahead of the September 11 commemorations on Monday.

The survey also found a clear distinction between NATO members when it comes to transatlantic relations. Only 17 percent of Turks want to see the United States to show “strong leadership,” and only 30 percent said they have a positive view of America.