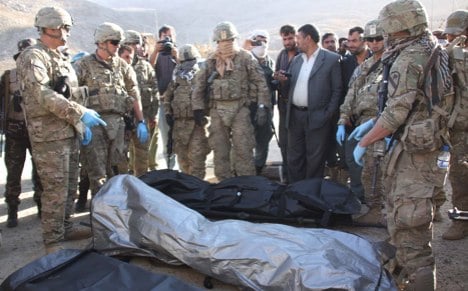 The bodies found shot dead on Monday were “almost certainly the two missing German citizens,” the Ministry said in a statement. The deaths will be confirmed once the final identification process has been completed, the statement continued.

Foreign Minister Guido Westerwelle expressed his condolences to the families of the two workers. “Our grief and sympathy is with the relatives and friends of the dead in this dark hour,” he said in Berlin.

The two Germans intended to take a hiking tour in a relatively peaceful area of the Hindu Kush mountains where Taliban insurgents were not thought to be active.

They were discovered in laundry bags under a cliff around four kilometres from the Salang Pass, a major route through the Hindu Kush mountains connecting the capital, Kabul, to northern Afghanistan.

Dozens of foreigners have been taken captive in Afghanistan since the 2001 US-led invasion ousted the Taliban from power, sparking a deadly insurgency, but most have been released unharmed, often after the payment of a ransom.