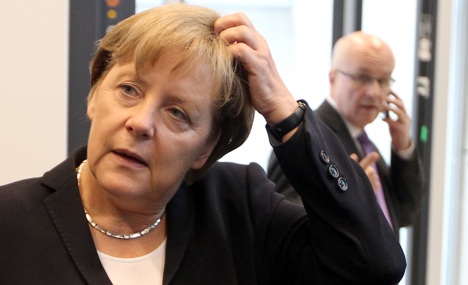 Twelve members of Merkel’s conservatives and two from their junior partners the Free Democrats (FDP) voted against the European Financial Stability Facility (EFSF), which is meant to prop up eurozone countries in distress. A further 11 MPs from the coalition abstained.

Christian Democratic parliamentarian Peter Altmaier said it was “completely natural” that there would be opposition to the euro bailout at this point in the legislative process and expressed confidence the government would eventually cobble together a majority.

The vote in parliament is planned for September 29.

During the session, Merkel backed keeping heavily indebted Greece in the single currency area, however, demanded Athens stick to its strict consolidation course. She also made clear Greece would not receive any more aid if it failed to meet deficit reduction targets.

Athens sparked the ire of its European partners after talks been Greek officials and the EU, European Central Bank and International Monetary Fund were suspended last Thursday after a dispute over deficit figures.