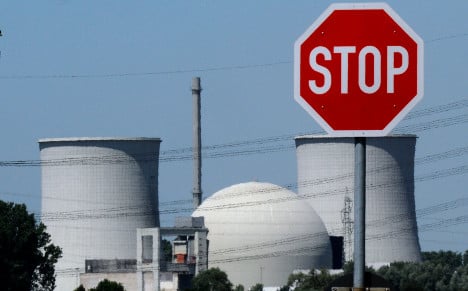 The president of the authority, Matthias Kurth, announced the decision on Wednesday in Berlin, promising that other types of power stations would be able to provide extra electricity.

Four power stations – in Mannheim, Wiesbaden, Ensdorf and Munich – have been designated back-up stations for the winter. These gas and coal power stations together have a capacity of 1,009 megawatts per day, which is estimated to be enough to cover unexpected demand.

Reserves of 1,075 megawatts are also ready to be imported from Austria. But Kurth emphasized, “If we have a mild winter, we might not have to use a single one of these power stations.”

The Ensdorf power station will be put on the grid permanently in the future in any event, as it has been taken over by energy company VSE and leased to steel manufacturer Saarstahl. The network authority said this deal meant that the overall energy shortfall would be smaller than predicted.

But Kurth warned that there was still a risk of power shortfall. “It is clear that the use of reserve power carries risks for guaranteeing supply,” he said.

Kurth also called on nuclear power opponents to help inform the public about the need to build new conventional power stations and expand the electricity grid. “These two things are just as important for our transition to other energy sources as shutting down nuclear power,” he said. “Otherwise Germany will never make it.”

Economics Minister Philipp Rösler welcomed the agency’s decision. “This is an important signal for the companies, that they can rely on a guaranteed energy supply,” he said.

But environment organizations were reserved. The Friends of the Earth Germany (BUND) and the Nature and Biodiversity Conservation Union (NABU) welcomed the decision not to turn any of the nuclear power stations back on, but warned of damaging carbon dioxide emissions from coal power stations.

The two pressure groups called for an acceleration in the development of renewable energy sources and more state effort in energy conservation.

The opposition centre-left Social Democratic Party called the decision a political defeat for Rösler’s Free Democratic Party, junior partner in the ruling centre-right coalition, which had called for one nuclear power station to be kept on stand-by in reserve.