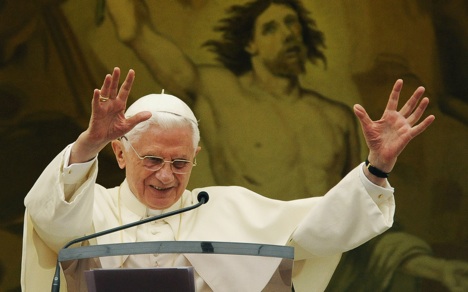 The pope is due to address parliament on September 22 and a number of deputies have also asked for time off to follow the pope on his official visit to Germany which will end on September 25, according to Michael Meister, deputy leader of the Christian Democrat parliamentary faction.

Chancellor Merkel’s government is expected to agree Wednesday on extending the mandate of the European Financial Stability Facility (EFSF) which will then be submitted to parliament for debate.

It had earlier been expected that a final parliamentary vote would be taken on September 23.

European leaders agreed in July to modify the EFSF by allowing it to buy sovereign debt in public markets and loan money to eurozone governments and commercial banks under certain conditions.

The reforms must be ratified by lawmakers across the 17-nation eurozone, which has raised concern that it could be a lengthy process.