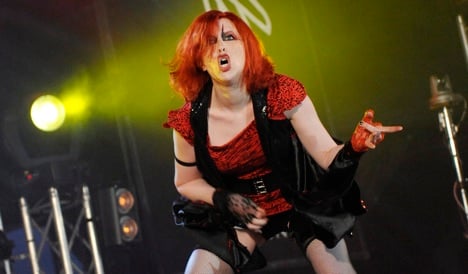 For the uninitiated – air guitarists don’t actually have an instrument in their hands. The idea is to convince viewers that you are actually playing a guitar – even though there isn’t one present.

Aline Westphal from Hildesheim won the title late Friday night in front of thousands of excited fans at the competition in the north Finnish city of Oulu. Perhaps most appropriately she won over the jury with songs like “The Pretender” from Foo Fighters and the Rage Against the Machine’s “Without a Face.”

Defending champion Sylvain Quimene from France was sixth. This is the 16th time the competition has taken place.

“I’m constantly playing the air guitar because I always listen to music. My thumbs itch, so my fingers have to be constantly moving,” she said before the competition.

Westphal is currently writing her thesis at university about air guitars – from an academic perspective, of course.