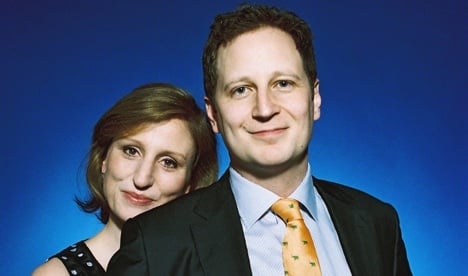 The 35-year-old Georg Friedrich, Prince of Prussia, and his aristocratic bride, 33-year-old Sophie, Princess of Isenburg, will make their vows in the Church of Peace on the grounds of the Sanssouci Palace. Their 700 guests will include members of leading German and European noble families.

The couple already tied the knot in a civil ceremony at the Potsdam town hall on Thursday.

German broadcaster RBB will provide three hours of live coverage on television, and approximately 100 journalists will be on site to cover what would be Germany’s own royal wedding – if the country still had a monarchy.

Although the pair is not in line for the throne like Britain’s William and Kate, Prince Georg Friedrich would be kaiser had his great-great grandfather not been forced to abdicate in the wake of World War I. The representatives of European royalty set to attend the nuptials in Potsdam are fittingly modest.

“There will be no Queen, no Kate and no Letizia,” said Michaela Blankart, a manager of the affairs of the former Prussian royal family.

“The other prominent families will send representatives, though. That just belongs to the occasion,” said the German aristocracy expert Rolf Seelmann-Eggebert.

Considered reserved and down to earth, Germany’s kaiser couple leads a relatively bourgeois existence: both are business managers and work at companies in Berlin and Rostock.

Despite the media attention, “the wedding is still a private event,” Blankart said.

But since the Prussian descendant is related to all major European aristocratic families and also the Hohenzollern dynasty – celebrating its 950th anniversary this year – there are certain obligations. The wedding is, therefore, a milestone for the couple and, at the same time, “a promise to the future of building Prussia,” said the Royal House of Hohenzollern in Sigmaringen, home to southern Germany’s Swabian noble family.

Hence, the ceremony will not occur at Castle Birstein in the bride’s home state Hesse, rather in the former royal residence city of Potsdam, where the Hohenzollern dynasty’s historical extravagance is still on display.

Potsdam Mayor Jann Jakobs, who along with Brandenburg state premier Matthias Platzeck, is on the guest list, is pleased with the choice: “Georg Friedrich, Prince of Prussia, is a self-confessed Potsdam fan. Thus, it’s a special pleasure that he selected this city as the site for his wedding.”

Blue-blood watcher Seelmann-Eggebert also assumes the couple is making a statement with their location of choice, the former seat of the Hohezollern family.

Fitting transportation has also been arranged. The bride will be driven to the church in a grey Rolls-Royce.

“The car is from a friend of the prince and comes from Sweden,” explained Hohenzollern-spokeswoman Blankart.

After the ceremony, the couple will be driven in a midnight-blue Landau carriage through Potsdam and Park Sanssouci, as long as the weather is good.

The newlyweds will be driven past wine terraces and bubbling Rococo fountains to the new chambers, where the 700-guest reception will take place. In the evening, there will be a gala dinner in the Orangerie with around 370 guests. The china table settings will be “Bleu Morant,” manufactured by the Royal Porcelain Factory in Berlin.

On the evening before the wedding, the nobility and celebrities will meet in Berlin at the Gendarmenmarkt concert hall, where a charity concert to benefit the Princess Kira of Prussia Foundation is planned.

The wedding will crown the long relationship between the prince and his bride. The Hohenzollern descendant and the Princess of Hesse have known each other since childhood.

They will be married in an ecumenical church service because the Prussian prince is Protestant and the princess is Catholic. Retired Abbot Gregor Henckel of Donnersmarck, uncle of Oscar-winning director Florian Henckel of Donnersmarck, will conduct the Catholic components, while Michael Wohlrab from the Auguste Victoria Foundation will perform the Protestant elements.

Based on the couple’s wishes, the church will be decorated in blue and white with an abundance of larkspurs. As was the case in recent royal weddings in England and Monaco, Princess Sophie’s dress will be secret until the special day.