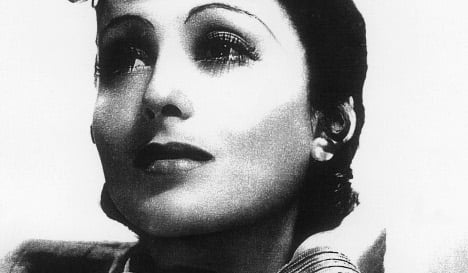 Last September, Paul DH Baylay was walking along Berlin’s version of Hollywood’s “Walk of fame” when he thought of a story he had read in The Local a few months earlier.

It had been about Luise Rainer, a now 101-year-old who is the only German actress to ever win an Academy Award.

Much to his surprise, Baylay discovered she didn’t have a spot on the “Boulevard of Stars.”

“I was shocked that someone of that stature wouldn’t be honoured here, and in her own country too,” he told The Local recently. “I knew I had to do something.”

And he did just that. In the following months, Baylay’s almost single-handedly organized a campaign that forced the “Boulevard der Stars” organization to acknowledge it had made an oversight. It is set to award Rainer a star at a special ceremony next month.

After often feeling his quest was going nowhere, the announcement made Baylay feel vindicated.

“It’s something she really deserves,” Baylay said. “I’m really proud I played a part in this.”

A legend of the silver screen

Today Rainer lives by herself in a London apartment. She’s tough and spry, said her daughter Francesca Bowyer.

Because she responds only to letters, The Local couldn’t immediately reach her for comment. And it seems unlikely that she’ll make it to Berlin to see the unveiling of her star in September because of her advanced age.

But Bowyer said she knows her mother is happy about the honour.

“She’s a legend. I wish more people knew about her,” Bowyer told The Local.

Born in Düsseldorf in 1910, she trained with legendary Berlin stage actors before getting her big break in the mid-1930s, when she was signed to a Hollywood film contract.

Her 1936 role in the musical “The Great Ziegfeld” earned her the Academy Award for Best Actress. The next year, she won another Oscar for her performance in “The Good Earth.”

But there wasn’t much more film success in store for Rainer. Hollywood bosses refused to give her the serious roles she wanted and instead cast her in films that were soon forgotten.

“But I wanted to play good roles. I always wanted to improve, always learn.”

After World War II, Rainer returned to Europe where she was largely forgotten by the public and the mainstream press, despite occasional television and film appearances.

When she turned 100, Rainer acknowledged that despite her remarkable accomplishments, she felt her life had been one of missed opportunities.

“I haven’t accomplished anything in life,” she said.

Campaigning for a star

Baylay admitted he was no film buff, and until the moment he realized she wasn’t getting her due, he didn’t know much about Luise Rainer.

But he began researching everything he could about her life and career. Then he began a letter-writing campaign.

He wrote to the “Boulevard of Stars” and to the city governments of Berlin and Düsseldorf. He recruited friends and colleagues to write to whichever politicians, boards or media executives they felt could get Rainer her star.

Most didn’t write back. A few responded with dismissive letters.

But before long, Baylay had an army of Germans and foreigners on his side. They bombarded the “Boulevard of Stars” organization with emails and started a campaign on the social network site Facebook.

There were moments, Baylay remembers, that after spending his entire weekend writing letters, he all but gave up hope – especially when the latest crop of stars was announced, which didn’t include Rainer.

But he persevered. And the recent announcement she would get her star washed over him like a wave of relief. Without explaining why it took so long to honour her, the “Boulevard of Stars” recently said the Facebook and email campaign had prompted it to award an extra star this year.

“These fans were definitely also friends of ‘Boulevard of Stars’ and we did not want to disappoint them,” the organization said in a statement.

Whatever the reason, Baylay is just happy it happened. It is a decision long overdue, he said.

“The campaign was small in the beginning and it grew to something much bigger than I thought it would,” he said. “Now I can go back to a normal life.”