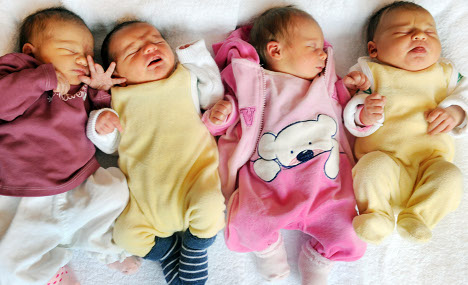 The Federal Statistical Office said the average birthrate stood at 1.39 nationwide in 2010. Although this is still below the 1.45 children per women that the country boasted at reunification in 1990, it is an increase over 2009 when women had an average of 1.36 children.

The European-wide average is 1.6 children leaving Germany trailing at 32nd out of 35 European countries, according to statistics from the European Union’s Eurostat statistical agency.

Strong differences remain between eastern and western Germany: In the West, the average is at 1.39 children, whereas that number is 1.46 in the East.

The age of women having children has also increased significantly over the years. In 1990, the average age of new mothers was 23 but that number increased to 30 by last year.

There has been much gnashing of teeth over the low birthrate in Germany, which dropped sharply after reunification.

Despite introducing generous parental leave and child benefits, the German authorities have still found it difficult to encourage people to start families. But many parents, particularly in western Germany, complain about lacking infrastructure, such as day care and all-day schools, making it difficult for working couples to have children.