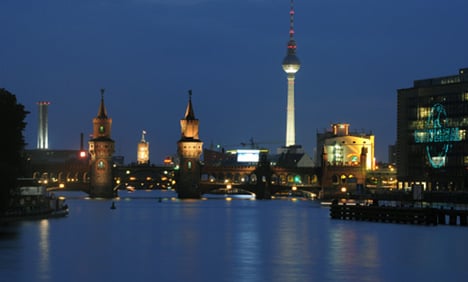 It’s annual “Prices and Earnings” report looks at the world’s most important cities and compares price, wage levels and purchasing power between them. According to the report, Oslo, Norway’s capital, and Zurich in Switzerland are the two most expensive major cities in the world, with prices (excluding rent) nearly 40 percent above New York levels.

Manila in the Philippines and Mumbai, India are the world’s cheapest major cities, at 45 and 40 percent of New York prices (excluding rent) respectively.

While Munich and Frankfurt have prices (excluding rent) comparable to New York’s, living in Berlin only costs 87.5 percent what it would cost in the Big Apple, the report said.

This coupled with relatively high wage levels in German big cities mean that Germans have high purchasing power. The report said Munich and Frankfurt had the ninth and 11th highest wages in the world, respectively.

Although Berlin was 18th at 81 percent of New York wage rates, its low prices meant people living in the German capital had the 12th highest level of domestic purchasing power in the world, while Munich and Frankfurt were far below, ranked 19th and 20th respectively.

Despite their high prices, Zurich’s citizens are exceptionally well paid, meaning its residents have the most domestic purchasing power of any big city, followed closely behind by Sydney, Australia. Jakarta, Indonesia takes last place in the purchasing power list.

UBS reports that massive instability in world markets has had an impact on prices, wages and living standards this year. For those with access to hard foreign currency, US cities are now relatively cheaper than they were just a few years ago, while Swiss cities are much more expensive.