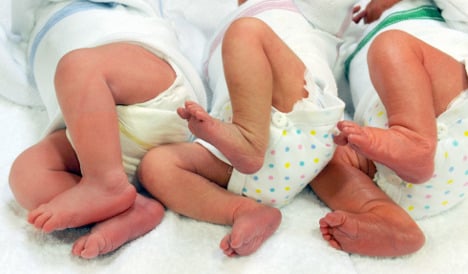 The figures released by the Federal Statistics Office (Destatis) on Friday showed that 33 percent of the roughly 678,000 children born last year were born to parents that were not married.

In 1990 the figure was less than half this share – just 15 percent. Last year’s figure was a half percentage point rise on 2009.

But there was a massive gulf between eastern and western German states. Some 61 percent of babies born last year in the former communist East were to unmarried parents, compared to 27 percent in the West.

One interesting trend is that many couples get married after having children, or at least after their first child. Some 43 percent of first-born children last year were out of wedlock. One in five couples marrying last year already had at least one child.

The figures put Germany actually below the European average. Across the European Union, 38 percent of children born in 2009 were out of wedlock. Estonia had the highest rate, with 59 percent while the lowest was Greece with just 7 percent.